Four Reasons Why The Business Model Canvas is NOT Too Simplistic 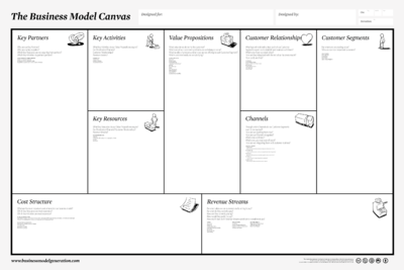 As can be seen from the foregoing, the business model canvas is NOT too simplistic. This is not to say that it is a perfect tool. It could become, as Sean Murphy argues, a Procrustean bed, if every organization tries as much as possible to extend or trim their business models to fit the canvas. There should be a realisation that the canvas is not a panacea for all the challenges that innovation teams face when designing their business models. It should not be used in a manner that suspends all critical analysis. However, this does not take away from its power as a tool to drive business model innovation. A more interesting discussion could be about situations in which the canvas may not be the appropriate tool to use.