Innovation Assumptions – They Will Return To Haunt You! 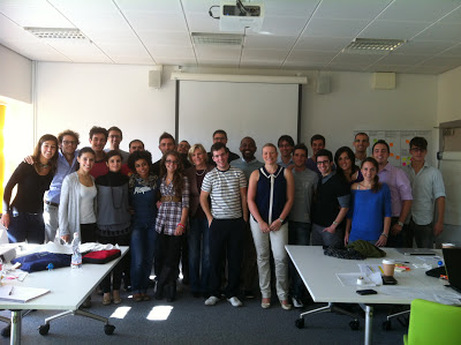 Their first task on the first day was the Marshmallow Challenge. The four teams were all set and ready to go. We noticed a pattern quickly emerge as they were doing the task. The first thing we noticed was that they spent a lot of time planning. Some even drew elaborate designs of what their structure would look like. In fact, one team was planning for over 10 minutes (for an 18 minute task)! This behaviour is the classic throwback to business school teaching. You need an elaborate and detailed business plan before you can start working on your business. This cultural focus on elaborate planning can be problematic when you are uncertain about the factors that will lead to success on a task. To make any plans in an uncertain context means you have to make a lot of assumptions. If you don’t give yourself enough time and structure to test your assumptions, and any of them turn out to be wrong, whatever innovation project your team is working on will fail.

When the teams eventually started building their structures, none of them built prototypes using the marshmallow. They just built their spaghetti stick structures. The consistency of this behaviour was so surprising to me that I walked around from table to table and took pictures of these lonely ignored marshmallows sitting on the table.

At our last workshop, we had a group of 20 Italian students visit the University of Kent for a week of learning about Lean Startup methods and business model design. The students were undergraduates studying various degrees at Italian Universities (e.g. economics and engineering). The programme was funded by Fondazione CRT (http://www.fondazionecrt.it/), a non-profit organization set-up by the Italian banking sector. These were the smartest students selected through a rigorous process. As such, expectations were high. 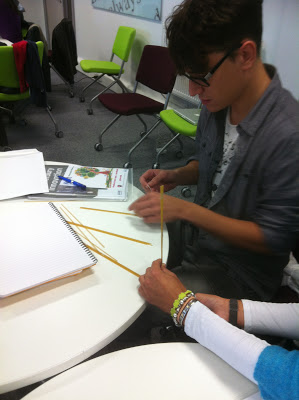 As such, overall the whole task was a failure! The teams made the fundamental mistake of making a plan and just executing to the end without testing it first. In their planning, the teams made the flawed assumption that because a marshmallow is soft and fluffy, it must be light enough to be supported by their structures.

Oh those innovation assumptions, how they return to haunt you!

This is a question all innovation teams must face. As you are developing your product idea, what assumptions are you making about customer problems, customer jobs to be done, channels to reach your customers, revenue models and marketing strategies? Of those assumptions, which ones are so risky that if they turn out to be wrong, your product will fail? It is much better to stop executing an idea based on assumptions and get out of the building and start testing your assumptions now. You don’t want those assumptions to come back and haunt you much later in the innovation process. Often it’s then too late to make the necessary adjustments and changes.