When It Comes To Innovation Not All Pirates Are The Same! 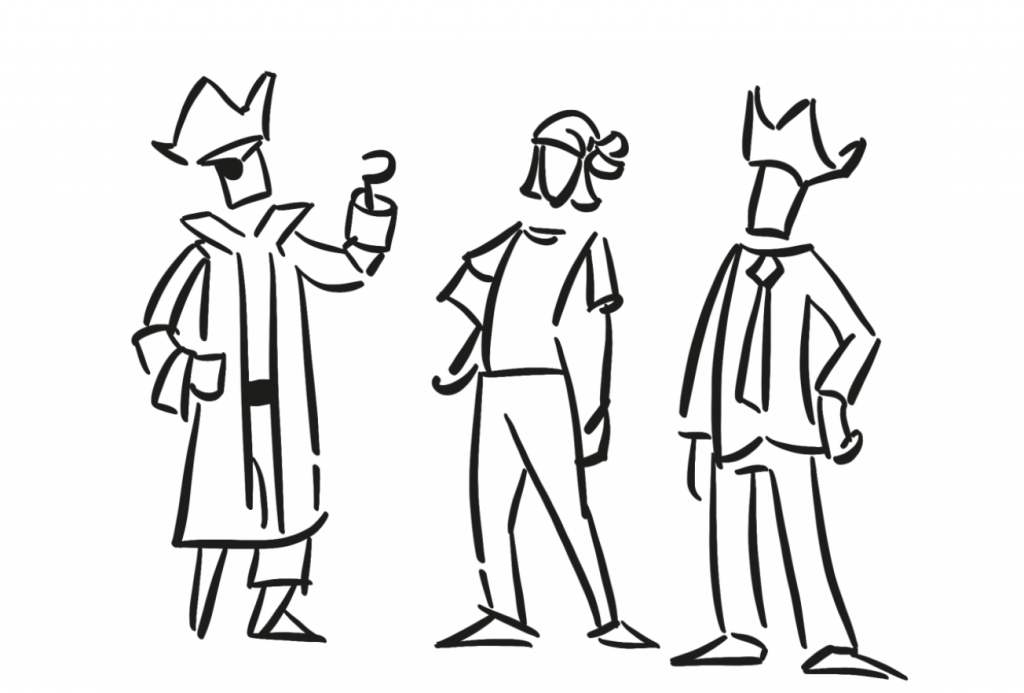 When Steve Jobs said that it was “more fun to be a pirate than to join the navy”, he was reflecting the reality that large companies are much slower to respond to change than startups. This is the speed boat versus oil tanker conundrum. The bureaucracy that runs many established companies is purposely designed to create inertia. This is not very helpful in a fast changing world.

Unlike startups, large companies have to follow the rules. As Steve Blank notes:

Startups can do anything.

Companies can only do what’s legal.

Having no business model and no market reputation to defend makes startups quite dangerous as competitors. If you combine this with the fact that startups are now better funded and their incentives are aligned with their investors, large companies are competing with a formidable foe.

Corporate innovation is a paradox. Intrapreneurs have to innovate for the future, inside a machine designed to run the current business. It is the management of the current business that tends to get in the way of innovation. The bureaucracy and incentives of the organization are all geared towards improving and exploiting the currently successful products and business models.

At the same time, these large corporations have entrepreneurial employees who are constantly trying to innovate. As far as I am concerned, these are crazy people! They wake up every morning and go to work to swim against the tide. This is insane! And yet, these people exist. Passionate people who are committed to helping their company become more innovative. They can see the future coming and they are committed to ensuring that their company survives in that future.

Some leaders are not happy with these crazy innovators. They view these innovators as disruptive rebels or pirates. These leaders actively create barriers to block innovation efforts, often driving intrapreneurs to quit their jobs in frustration. When innovation does succeed inside a large company, it is often as one-off projects that have had to be nursed through the landmines of corporate politics. This can be demoralizing.

Most intrapreneurs recognize that they cannot keep doing innovation as a series of one-off projects that have to jump through political hurdles. They realise that there is a need for some change inside their companies to allow innovation to happen as a repeatable process. But how do they get this done? How do pirates slowly transform the navy to become more supportive of innovation?

Pirates In The Navy

I am totally convinced that it is possible for innovators to succeed in corporate environments. In my new book, Pirates In The Navy, my goal is to destroy the notion that innovators should view the company they work for in an antagonistic way. Instead, what we want to do is make innovation a core part of how our company does business. Our piracy has to become a part of the institutional structures and processes inside the company. To do this, innovators have to embrace the idea that they may be pirates, but not all pirates are the same.

Terms like pirate, privateer and buccaneer are often used interchangeably. While all three words describe pirates, they do not mean the same thing. The difference between pirates and privateers is most important for innovators in large companies.

The privateer’s licence, also known as the Letter of Marque, meant that when they returned with the proceeds of their adventures, these would be shared between the government, the ship owners and the privateer. In other words, a privateer had backing from their government to do the work.

It was even better when privateers secured commissions to become explorers. Privateers like Sir Francis Drake and Sir Thomas Cavendish would get commissions from their governments to explore foreign territories and claim some of them for their home countries. This meant that when they returned with their findings, there was interest from their governments to further invest in the enterprise.

This is where the difference lies for Pirates In The Navy. If you are just a pirate, then the leaders inside your company do not really care about what you are working on. If your idea is found, it will be made to walk the plank. But if you are a privateer or an explorer, the leaders in your company care about your success. This is because they have essentially commissioned the work you are doing. As such, the innovation projects you work on are much more likely to get the support they need to succeed.

How to get the commission to be a privateer or explorer is what my new book is about. This is not easy work. There is a lot of inertia inside large companies and any efforts at transformation will trigger resistance. But if we succeed in getting our Letter of Marque, we will have made innovation a legitimate part of our company. This is the transformation we are working towards. We want to work in a company that is good at both managing its core business and exploring new opportunities.