Why Diverse Teams Are More Creative 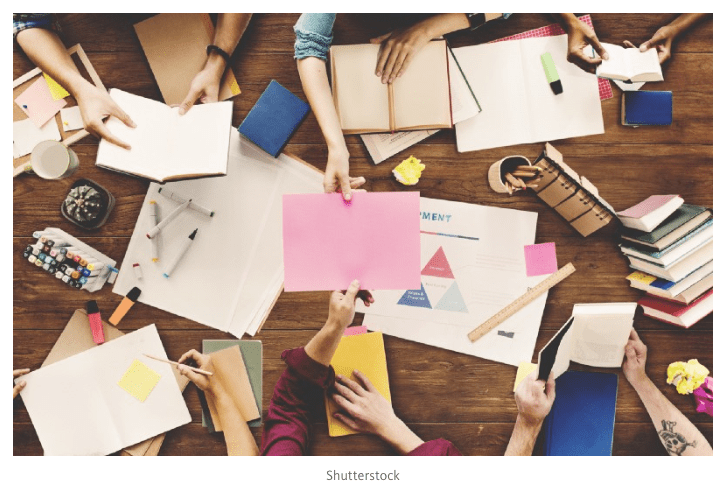 ​When 2016 came to a close, it may go down in history as a political turning point. Contentious elections and referendums in Europe and America have provided a series of unexpected shocks. One constant theme in all these major political events has been the debate around immigration and cultural diversity. Within Europe there is now a strand of politics that is emphasising national identity over more shared identities such as the European Union. Britain’s vote for Brexit is just one example of how such thinking is entering the mainstream of political discourse.

This change in political attitudes towards cultural diversity may be putting companies in a bit of bind. While multicultural living can be challenging for communities, cultural diversity can also serve as a boost to creativity and innovation. In a fast changing world, where the ability to innovate is now recognized as the main competitive edge, companies must seek to create more diverse teams. So for companies, taking an anti-diversity posture may actually hurt their long-term profitability.

But is there really evidence that multicultural experiences enhance creativity? And if they do, how does it happen? This article focuses on these two questions.

A Town Called Eureka
At the heart of innovation is the light bulb moment. Creative ideas can pop-up in spontaneous eureka moments, or when teams are deliberately trying to solve specific problems. Although, there is hard work and discipline involved in getting a new product successfully to market; without that magical ‘aha’ moment of creativity, companies would have no new ideas to work on.

These creative ‘aha’ moments always seem sudden and unexpected. Ideas ‘pop-up out of nowhere’ and this can make creativity seem mysterious or mystical. However, researchers have been able to identify the social and psychological factors that influence creativity. One such finding is that multicultural experiences enhance creativity. There are quite a few examples of creative individuals who did their best work while they were living abroad. Picasso, Handel, Hemingway and Stravinsky all created their most well-regarded work while living in foreign countries.

When In Rome
William Maddux, a Professor in Organizational Behaviour at INSEAD, has been working with colleagues to understand how living abroad enhances creativity. They have found that it is not merely travelling to foreign countries (e.g. on holiday), that enhances creativity. Instead, creativity is enhanced when individuals spend time living abroad, learning and immersing themselves in foreign cultures.

For example, Maddux and colleagues conducted a study in which they had people engage in one-to-one negotiations as a buyer and a seller. They also measured whether the individuals involved in the negotiations had spent time traveling or living abroad. What they found was that time spent living abroad, versus just travelling abroad, significantly predicted the likelihood that creative deals were reached.

In other research, they found that multicultural experiences enhanced idea flexibility and an awareness of the underlying connections between ideas. However, they found that this creative benefit mostly accrued to individuals who had spent time learning about the underlying meanings and functions of different cultural behaviors, while they were living abroad.

Integrative Complexity
It seems that the ability to integrate different points of view is what enhances individual creativity. In research by Carmit Tadmor, a Senior Lecturer at the Coller School of Management (Tel Aviv University), bi-cultural individuals who were able to identify with both their home and host cultures showed enhanced creativity. What Tadmor and colleagues found was that these bi-culturals had greater levels of integrative complexity, which is the ability to consider and combine multiple perspectives and points of view.

Similar findings were obtained in research by Chi-Ying Cheng, a Professor at Singapore Management University. Cheng and her colleagues found that Asian-Americans who had higher levels of identity integration (i.e. perceived compatibility between their two social identities), were more creative in coming up with food dishes, especially when using Asian and American ingredients. This research shows that when people reject or ignore their differing cultural experiences, they may not gain from the benefits that those experiences bring.

The Town Called Eureka Is Multicultural
In the Art of Innovation, Tom Kelley describes the innovation process at Ideo, the awarding design consultancy. At the heart of their process is an understanding that eureka moments of creativity arise when multiple unique insights are combined to create something novel. So when they work on any project, there is an explicit effort to expose their innovation teams to diverse experiences. This can be through watching customers, working with diverse team members or even learning about how different objects or materials work. These insights are then used to inform creative thinking in a process that is a manifestation of integrative complexity.

Research on creativity and innovation has been consistent in showing the value of exposing individuals to experiences with multiple perspectives and worldviews. It is the combination of these various perspectives in novel ways that result in new ideas “popping up.” Creative “aha” moments do not happen by themselves. Management have to design their companies for serendipity. Therefore, as much as working with people from other cultures can be difficult, the town called Eureka is a diverse multicultural place where creativity genius thrives and innovative new products are developed.
​
_____________________
Our upcoming book The Corporate Startup covers these topics. Please order here.

This article was first published at Forbes where I am regular contributor.